Call Us Location Menu
24/7 ONLINE SHOWROOM: WE WANT TO BRING THE SPECIALS TO YOU
BROWSE NOW
26 October 2018

TV and radio star, actress and Volkswagen podcaster, Heather Maltman, borrows a turmeric yellow Arteon from our Travel Blog editor for a weekend getaway to mark the one-year anniversary with her partner. I tell my mate and More Than a Car Podcast co-conspirator, Kurt*, that my man-friend and I would spend our one year anniversary camping and adventuring in our Jeep Wrangler. You know - roof down, fresh breeze and no one to answer to but ourselves – that type of thing.

Kurt is one of those friends who knows too much about cars, and derives pleasure from challenging people, anyone really, to a duel. We all have those friends, and as annoying as they are, we love them dearly!

Kurt was like, “Maltman, that’s not how you spend your first anniversary. You need to get yourself a sexy car for a weekend away.”

I laughed, and asked, “What, like your old man car? Is that sexy?”

Turns out, the car I had seen him in last time was a loaner from the office and he had since traded it in for some new contraption called an Arteon. I’m told if I borrow an Arteon for the weekend, and come back with the same opinion as before, Kurt would bow down in front of my Jeep and accept it as his overlord and all things automotive.

So of course, I agreed.

Sadly for me, that stupidly awesome car would fast become the high point of our trip. Dammit.

Naturally, we choose to stay somewhere that matched the car we would be getting. My partner and I book in to a smart-looking 4-star bed and breakfast up on Mount Tambourine in South East Queensland, just a short distance from Brisbane and the Gold Coast. If you’re not familiar with Mount Tambourine you have to see it for yourself. The winding road to the top passes by a rock with a piano curiously painted on it, and leads to Cedar Creek Falls where you can swim from one waterfall to the next, go bush walking or stop and have a picnic; it’s so special.

When it came time to take delivery of the car Kurt had organized for us, my partner and I are presented with this sleek, golden-looking flat thing that I was initially too scared to touch. Eventually, my anxiety subsides and we start to pack the boot, which disconcertingly for me opens and closes itself with the press of a button.

Once behind the wheel, I admit to my partner that I was pretty sure the car had been prompted by my voice to close its boot, but he assures me he had just pressed a different button and that’s how it knew to close.

Still, after reassuring myself for a solid half-hour that the car was not a golden Death Star, we would not be transported into 2001: A Space Odyssey and the Arteon wasn’t going to start referring to me as Dave, we reached the foot of the mountain and started our ascent, convinced by then the car could almost drive itself up there.

It asks me if I want to pair my phone to it. It can tell if someone is hiding in my blind spot in the lane beside me. It can adjust the temperature on my side of the cabin and leave my Man Friend’s side alone.

As a woman, it’s particularly tough to have a partner who is constantly like a hot water bottle, even in winter, while you freeze your bits off because he can’t stand to have the heater on. Annoyingly, Kurt’s car pick is making more and more sense.

The drive up Mt Tambourine is stunning. I always enjoy the winding roads up to the top, and taking in the scenery that leads to the sky above that is, this time around, are perfect. 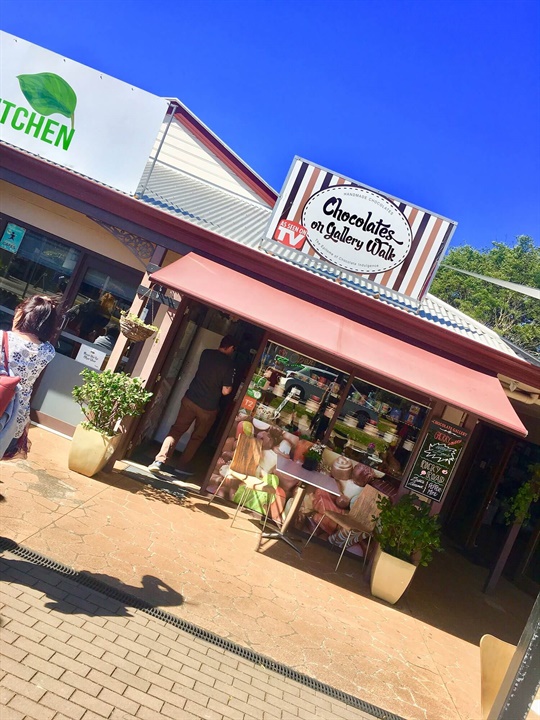 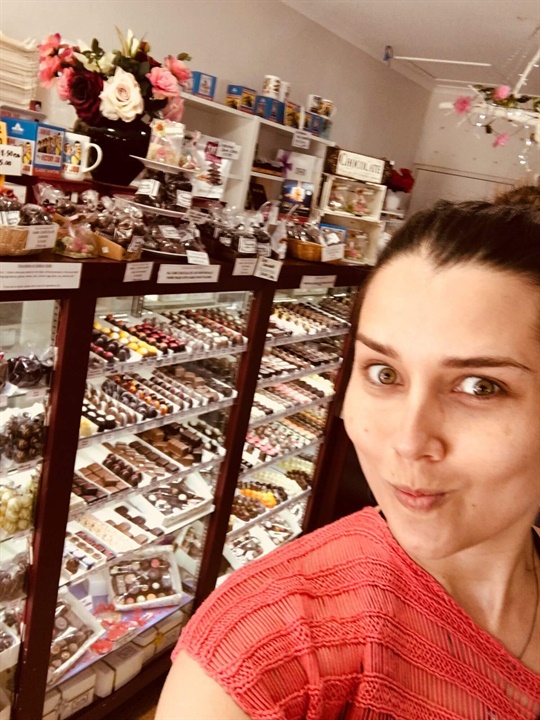 Unfortunately, there were clouds of a different kind forming after all. When we get to our digs, we realize the accomm is NOTHING like the pictures we’d spied on the web. The heater doesn’t work, there’s a huge, dead cockroach in the kitchen and all I can think is, “Babe, did we bring a UV light? We might need one for that four-poster bed.”

Okay then, Plan B.

For the next two days, instead of spending every waking moment being all loved-up and romantic in THAT bed and breakfast, we drive around the Mountain. We visit craft stores, and get delicious coffee from the region’s excellent cafes. We even contemplate sleeping in the Arteon once or twice.

As it turns out, that golden car had not only saved our anniversary trip, in many ways it had made it. We were forced to get out and explore – seeing things I hadn’t spotted in the region before, despite visiting it countless times before.

Unfortunately, my poor car is still waiting for Kurt to bow down and kiss its bonnet. Then again, Kurt is also waiting for me to admit he was right, and he had won our little wager.

I may book him a night in that bed and breakfast to shut him up.

* Kurt McGuiness co-hosts the More Than a Car Podcast with Heather.